An AMA held in the Binance Russian Telegram channel.

1. Could you please tell about Perlin’s team and its background?

So firstly, thank you Russia! We really appreciate the opportunity to AMA with you all!!

Perlin was conceived in 2017 when we looked at the existing blockchain/ DLT tech and thought we could build a leaderless PoS with faster TPS and easier for programmers to build smart contracts on.

We wondered how to bring the millions of javascript (typescript), go and rust developers into the decentralised community and this then started germinating with the idea of applying this to various fields like international trade, decentralised cloud computing etc etc. But the real story started when I met Kenta!

Kenta my co-founder was an AI researcher for Naver (Korea’s largest search engine and internet company), previously he was a robotics engineer at DJI (the global leader in developing and manufacturing innovative drone and camera technology), and had been a software engineer for several leading tech firms. We flew to Korea to recruit him and when he joined up Perlin was born.

For me, I got into crypto and bought bitcoin in 2014. Before that I have co-founded 20 companies with 2 acquisitions and 4 exits and assets sales, I previously did tech startups, and secured $400M+ with project partners and clients such as Rio Tinto, Bank of America Merrill Lynch, Olam and Twitter. One such project in Aceh, Indonesia, won the Carbon Finance Deal of the Year award and was also the subject of an award-winning documentary, “The Burning Season”, narrated by Hugh Jackman and nominated for an Emmy Award. I was a TIME Magazine “Hero of the Environment”

I was ex-COO of Santiment.net SAN token and am also an advisor and investor into blockchain projects like REN Republic Protocol, Powerledger, Loki Network, Airbloc, and Virgil Capital a bitcoin arbitrage hedge fund.

The team is in Singapore, Australia, the US, Hong Kong, Ukraine, Malaysia, Thailand, Romania and hopefully if people in Russia like us, we set up an office in Moscow!!! Actually I think I ll be in Moscow in October for a Binance meetup! Right Gleb???!!! Anyways is that ok?

2 What are some of the issues Perlin is currently seeking to solve?

Hey everyone! I can take this one. As background, I'm the head of product at Perlin :)

So as a team we’re passionate about two things! Distributed Ledgers and the application layer services that can be used to solve real-world problems.

First of all, let's consider the biggest issue that plagues the blockchain space - the scalability trilemma. I'm sure everyone has heard about this from Vitalik at some point in time.

Blockchains / DLTs can only be 2 of the following: Secure, Scalable and Decentralized.

When we dug further, we found that (1) The longest chain rule doesn't scale and (2) All the existing Proof of Stake chains are extremely centralized (committees and delegation).

To which, our CTO took upon the challenge and as a team, we created a new type of consensus: A probabilistic consensus. Guess what? We're doing over 31k+ TPS, 0-4 seconds in finality and we're extremely scalable in the number of nodes.

This is why we have partnered with the International Chamber of Commerce which has 45M business members and is the global standards setter and leading dispute and arbitration forum for international trade - in an attempt to bring this area into the digital era. (The DLT era ;) )

Another large issue is that many companies in the manufacturing space come under scrutiny from their end consumers and NGOs about the sustainability and ethical production of products. So what did we do?

We created our own traceability/provenance decentralised application allowing enterprises to trace their products to source efficiently, immutably and transparently. We also already have a company using our solution as we speak called Asia Pacific Rayon (APR). In the next few months, we’re also onboarding MFused, one of the largest marijuana products in North America and Asiservy, a tuna company in Ecuador. (Maybe, we can get someone here to help us with some traceability pilots in Russia! )

In summary, we want to fix issues in the international trade space and also solve the scalability trilemma that exists with all current blockchain solutions. :)

That's it from me, Gleb! 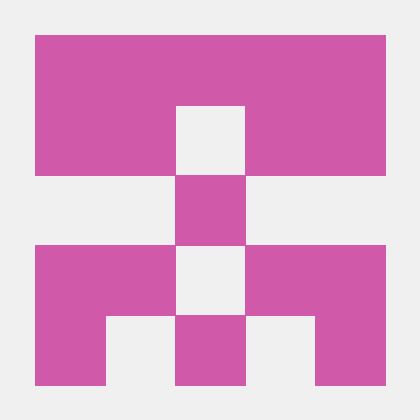